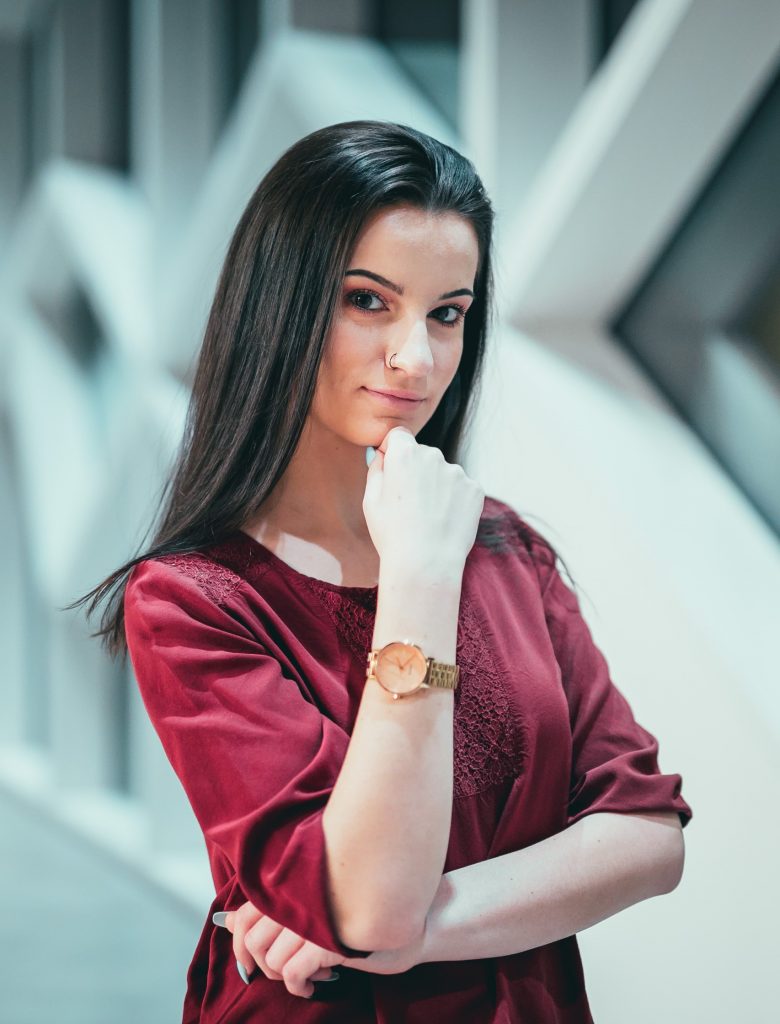 Diana is in her fourth year of a five-year concurrent program, taking a Bachelor of Arts in International Relations (International Political Economy within a European regional cluster) and a Bachelor of Education (specializing in Social Studies) at the University of Calgary. After immigrating to Canada, she promoted Ukrainian awareness at her school, Saint Joseph’s Collegiate in Brooks, Alberta, by organizing a Ukrainian week during Christmas, a Taste of Nations, and then leading an extensive “Me to We” project. Her teachers nominated her to be a part of the Student Council, where she provided support for her teachers and peers. She was also a part of Safe Communities Committee in Brooks as a Youth Advisor, providing input and suggestions on matters concerning the safety of her town. Diana has just finished a second summer working at the Mykola Woron Library and Archives helping to re-organize and catalogue the books, where she enjoys working alongside fellow Ukrainians and learning about Ukrainian heritage in Canada. 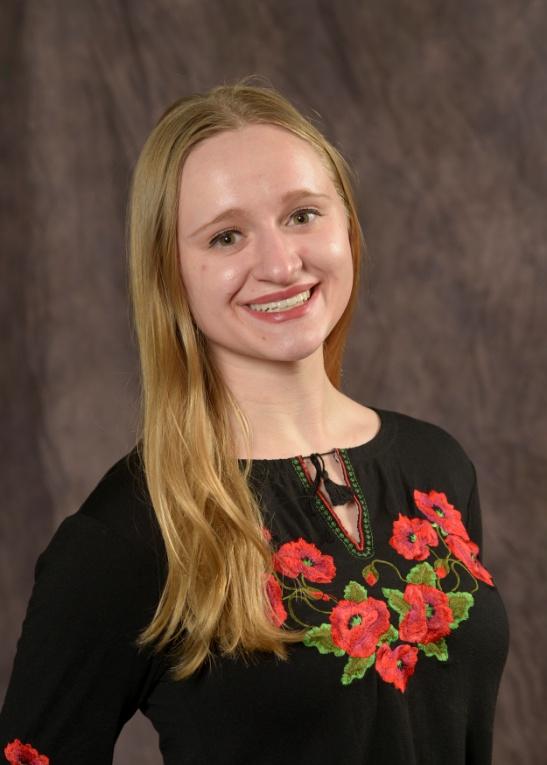 Entering her sixth year as a member of the Tryzub Ukrainian Dance Ensemble, Anisa celebrates her Ukrainian culture through her love of dance. Her past volunteer activities include Christmas carolling with her dance group, cooking and serving food at multiple GlobalFests, and educating elementary school children about the meaning of being Ukrainian for the school’s Heritage Day. Anisa was an instructor at the Tryzub Ukrainian Dance School for five years, where she developed a love of working with youth. This past winter she was accepted to participate in a practicum at Calgary Youth Physiotherapy, after which she decided to pursue her love of working with kids in a rehabilitation setting. Anisa completed her Bachelor degree in Kinesiology at the University of Calgary, where she graduated with distinction and received the Jason Lang Scholarship, and is currently enrolled in the currently enrolled in the Masters of Science in Occupational Therapy program at the University of Alberta. 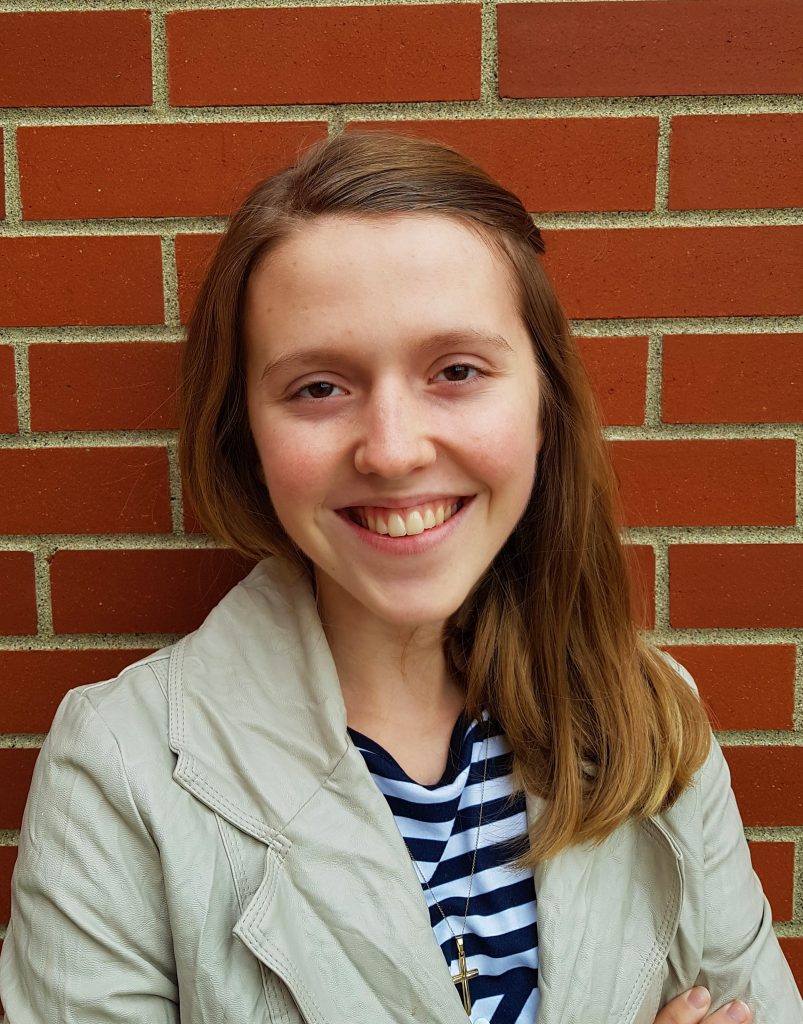 With near perfect academic marks, Anna has started her second year at Saint Mary’s University in Calgary, pursuing a four-year Bachelor of Science degree in Biology. Growing up in a Ukrainian Catholic parish has given Anna the opportunity to participate in church events that foster fellowship and demonstrate leadership by initiating engaging activities for youth. As an active young adult at the Assumption of the Blessed Virgin Mary Ukrainian Catholic Church, Anna organizes children at each liturgy to be candle bearers during Gospel Readings. She also helps facilitate the running of youth retreats by leading and organizing craft activities, encouraging youth to participate in hymn sing, and managing other interactive activities for children. Anna volunteers in her parish as a social media manager and sings with the Holy Dormition Choir every Sunday, participating in Ukrainian/English bilingual services. Her additional volunteer activities include helping at the annual Calgary Friends of the UCU Gala Banquet, promoting this event on Facebook, and sending donor thank you cards. Once Anna completes her Bachelor of Science degree in Biology, she plans to pursue a two year after-degree in Education at Saint Mary’s University. 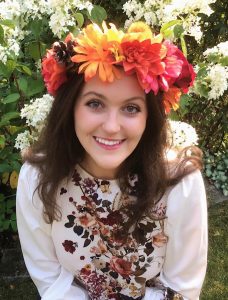 Julianna has completed her fourth year of a five-year program at the University of Calgary, majoring in Cellular, Molecular and Microbial Biology with a minor in Mathematics. At the age of six, she joined the Yalenka Ukrainian Dancers Society for ten years of Ukrainian and Ballet dance education. Five years ago, Julianna became a dancer with Suzirya Ukrainian Dance Theatre, where she also serves as Human Resources Director. She is grateful for having discovered her identity through Ukrainian poetry and dance but she also has a great interest in the sciences. In April of 2019, Julianna was published in the STEM Fellowship Journal in which she discussed the importance of art in the field of science. Through this editorial she met like-minded individuals who were also fascinated with the convergence of art and science, and she is now part of a team developing a seminar program on the importance of developing the artistic mind when pursuing science-driven careers. Julianna was selected to speak on this topic at the 2020 TEDxYouth@VictoriaPark conference (a sector of TEDx in Calgary for speakers between the ages of 13 and 22), which will be rescheduled for a later date in 2020. Julianna will be graduating in May 2021. 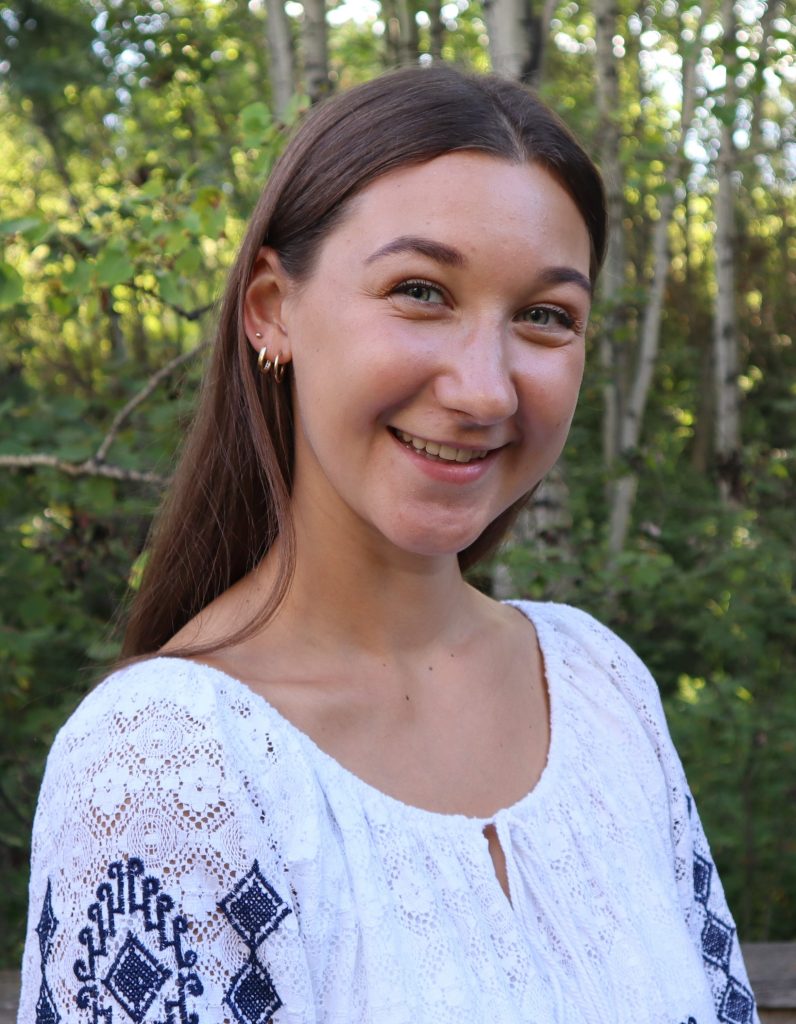 Ewa is currently in her third year at Mount Royal University, where she is enrolled in the Bachelor of Business Administration Program (Management Major). Since joining in 2013, Ewa plays an active role as a leader in the Plast Ukrainian Scouts organization. She currently volunteers as a Calgary coordinator for Novastvo, which is the younger group in Plast, working with kids ages 5-12. Ewa’s responsibilities as a Plast youth leader include planning and conducting weekly meetings and activities that promote Ukrainian traditions, wilderness education and many other topics. She has attended many international Plast camps, the most memorable being the international jamboree in Munich, Germany in 2016. Along with Plast, Ewa has continued her participation in the Ukrainian community as a Ukrainian dancer since the age of five and now dances with Suzirya Ukrainian Dance Theatre. Her dancing schedule involves practising three times a week, performing in shows internationally, volunteering at cultural events, and attending board meetings. Ewa’s notable performances include Suzirya’s Annual Galas and a fundraiser for Australian wildfires in February of 2020. 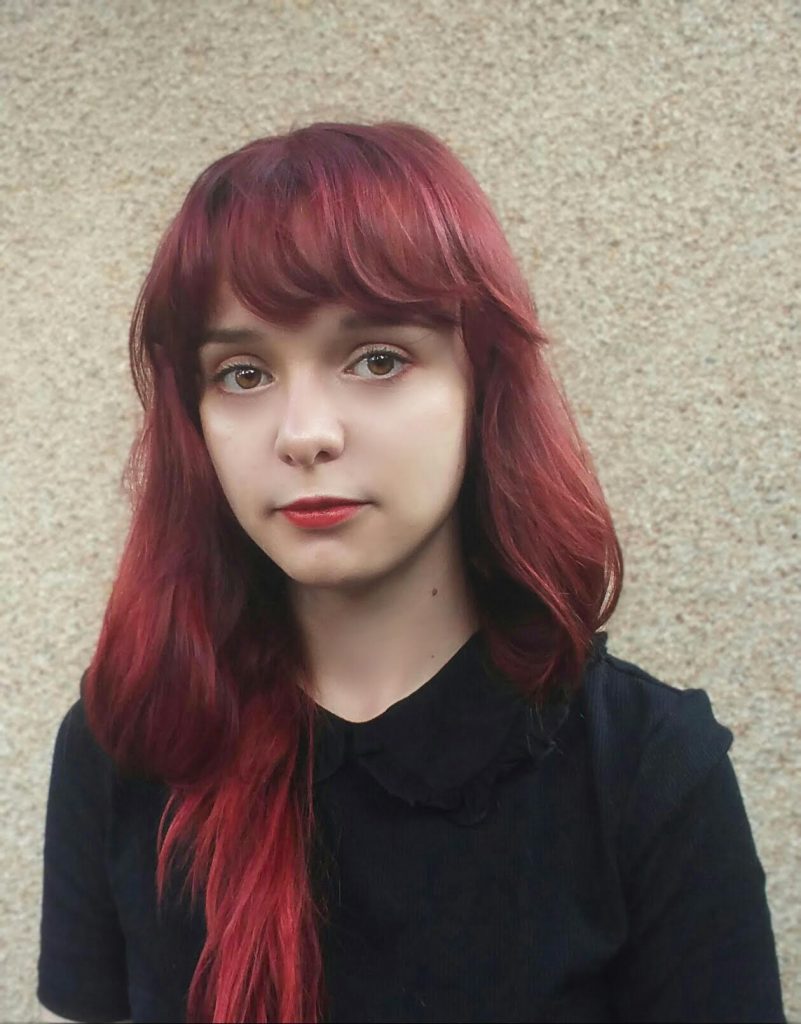 Sofiya knew she was an artist at the young age of three. After moving to Canada and starting a Visual Arts International Baccalaureate program at Bishop O’Byrne High School in Calgary, Sofiya developed a much deeper understanding and connection to Ukrainian culture. She now wants to share her knowledge, appreciation, and love of Ukrainian culture with others. It brings her joy to realize that the people who have seen her work have been introduced to Ukrainian folklore and can also be inspired by it. Sofiya’s classmates in her painting class have learned about rusalkas, mavkas, and Petrykivka ornaments through her presentations during project critiques. Sofiya is currently a third-year student at the Alberta University of the Arts, focusing on western Ukrainian folklore, mythology, and connections between this folklore and contemporary issues of ecology, mental health and cultural identification in the context of emigration. She is developing and publishing a webcomic on Webtoon Canvas. “Silver Wind” is a story set in a fantasy world inspired by Slavic, and specifically Ukrainian, mythology that aims to popularize and share Ukrainian culture.