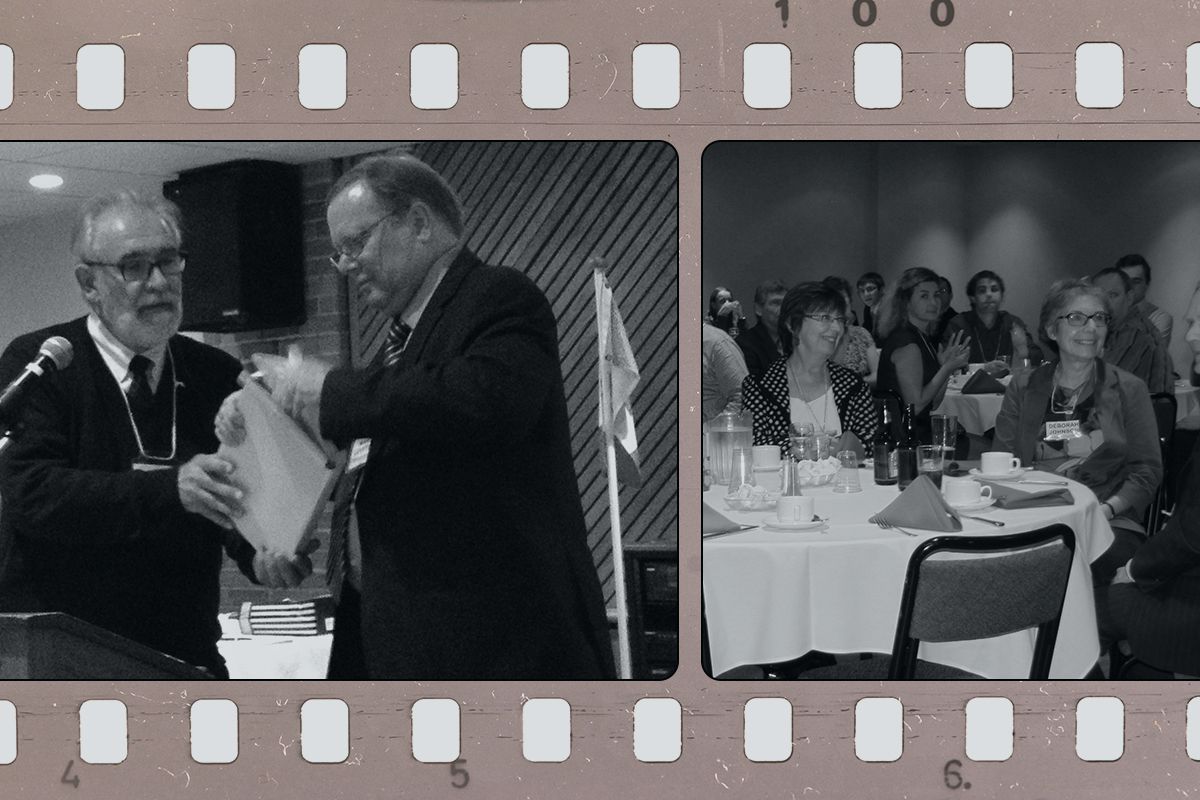 May 13, 2015 – Afternoon Speaker Series: A Roundtable Discussion with Prof. Basil Kalymon, Special Economic Adviser to the President of Ukraine

October 2, 2016 – Dinner Meeting: Darren Lemke – Enterpreneurship: The How’s and Why’s of Starting a Successful Business in Good Times and Bad.

January 28, 2010  – Best of the Internet: An Evening of Fun, Fascination, Entertainment and Humour

March 25, 2010 – Unlocking the Secrets of “The Matrix”: How to Protect Your Nest Egg (and Even Prosper) in the Golden Age of Central Banking, Market Manipulation and State-Engineered Bubbles – Bohdan Romaniuk

October 28, 2010 – Technical Analysis of the Markets for Beginners – Kerry Boyko

January 27, 2011 – The Best of the Internet: An Evening of Fun, Fascination, Entertainment and Humour

March 31, 2011 – Appointment in Samarra: A Contrarian Discourse on How to Survive (and Profit from) the Coming Collapse of the Global Monetary System – Bohdan Romaniuk

May 26, 2011 – A Semester in Lviv: From the Other Side of the Desk – Ihor Kruk, Alberta Teachers’ Association

January 26, 2012 – The Best of the Internet: An Evening of Fun, Fascination, Entertainment and Humour

March 29, 2012 – ‘No Way Out’ – A Discourse on Energy, Money, Complexity Theory and the Fate of Empire:  Important Lessons for Citizens and Investors – Bohdan Romaniuk

October 25, 2012 – Ukrainians and the Policy of Multiculturalism in Canada:  Origins, Impact and Legacy — Manoly Lupul, Professor Emeritus, University of Alberta

May 30, 2013–Avoiding the Keyser Söze Syndrome: Where to Invest Today for Extraordinary Future Gains – Bohdan Romaniuk

October 24, 2013 – The Economics (and Politics) of the Oil Sands Business – Don Verdonck

January 27, 2000 – The Ukrainian Canadian Community: Our Roots, Our Times, Our Goals

February 24, 2000 – Adopting Children from Ukraine: The issues based on the personal experiences of a Calgary Couple – Walter Romaniuk, Wendy Robinson

October 25, 2001 – Book Launch for Hope’s War – A novel dealing with the Denaturalizaion & Deportation of Ukrainian Canadians – by Marsha Forchuk Skrypuch

January 31, 2002 – Updating of Association’s Bylaws and Review of Donations Guidelines

March 21, 2002 – Film Night (With Fire & Sword – a Sweeping saga of love & adventure during a war between Ukraine and Poland in the 17th Century)

May 2, 2003 – Dr. Lawrence Mysak, Mcgill University – Scientific exchange with Ukraine and his travels there

March 2004 – Myrna Kostash re: Cooperative venture with U of C

March 21, 1996 – Lawrence Mysak, President of the Academy of Sciences, Royal Society of Canada

January 29, 1998 – Adventures in Journalism: Why I Write As I Do – Paul Jackson, Assoc. Editor, Calgary Sun

February 26, 1998 – Investing in Ukraine: What is it Really Like? – Oleh Hnatiuk, President, Connect Capital Corp.

September 24, 1998 – An Evening of Celebration: Honoring our Award Recipients

April 29, 1999 – Denaturalization, Deportation and Defamation in ‘war crimes Trials: The corruption of Canada’s Justice System and the Rewriting of History – Eugene Harasymiw

May 14, 1999 – Dinner with the Ambassador, His Excellency Volodymyr Khandogiy, Ukr ambassador to Canada (w CUBI Chamber)

September 27, 1990 – Doing Business in Ukraine  Ted Mitenko, On Management Team of Alta Genetics Inc, a company that exports cattle and embryos to the Eastern Block

April 6, 1983 – The Quality of Calgary Education – Ann Blough, Trustee, Calgary Board of Education